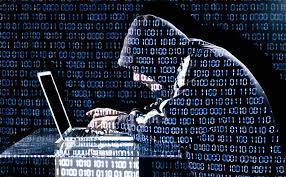 Defense Secretary Ashton Carter announced that the Pentagon would be spending an additional $900 million in 2017 to enhance cyber defense measures. This comes after last years hack of the Office of Personnel Management (OPM), resulting in the loss of personal data for over 20 million federal employees and contractors.

“Given the increasing severity and sophistication of the threats and challenges we’re seeing in cyberspace — ranging from (IS’s) pervasive online presence to the data breaches at the Office of Personnel Management –- the budget puts a priority on funding our cyber strategy,” said Carter.

Carter stated the increase is a commitment by the Pentagon to deter “even the most advanced adversaries”, he went on to say the budget also paves the way for new cyber warfare capabilities and “military response options”.

Director of National Intelligence, James Clapper added that the treat of cyber attacks has increased and that “Devices, designed and fielded with minimal security requirements and testing, and an ever-increasing complexity of networks, could lead to widespread vulnerabilities in civilian infrastructures and U.S. government systems,”

Security certifications like FIPS 140-2, Common Criteria and listing on the DoDIN APL can help to bolster product security. These certifications are already mandated in the DoD and specific government components. The use of which has helped to secure our government infrastructure and protect the warfighter.

Contact Corsec to better understand how your current security posture holds up against security requirements.